If you like to blow things up, especially with fire, then you'll love this team. The team is centered around two front line tanks, three back line support/nukers, and of course the Engineer. The goal of this squad is to stack up the Corruptor while protecting both the right and left flanks. This squad is especially powerful against melee heavy teams, as you can create an effective and formidable bulwark around the high ground with your cleric-supported Corruptor and the Knight.

Keep in mind that this build creates a strong front line but a weak back line and limited mobility. Be careful not to have either of your front line units fall or you may be at risk of losing your formation. 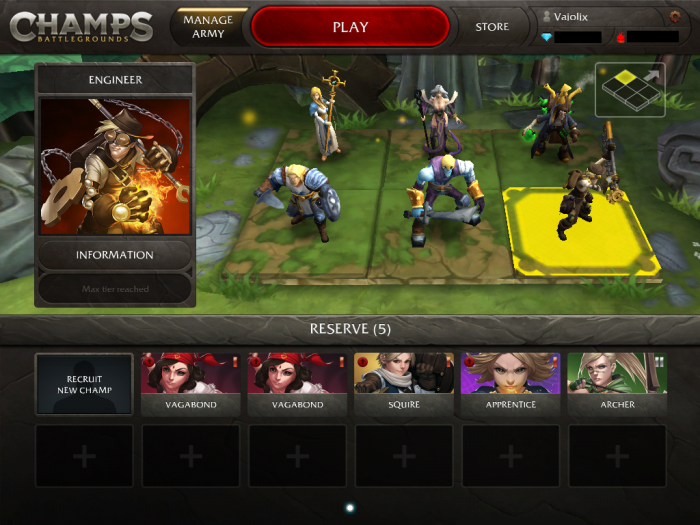 Here is your magnificent squad. Your most mobile units go in front and your long range support/nukers go in the back.

In the current AOE melee meta, it may also be a good idea to replace the Knight with an Axeman 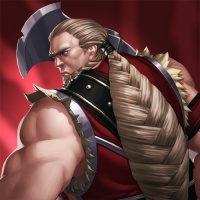 There are two main strategies implemented here: The Alchemist/Sorceress Synergy and the Engineer Support. 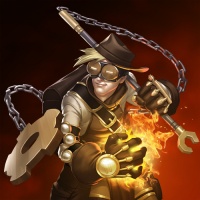 These skills define the Engineer as a controller. The Energy Mine

skill discourages enemy champs from walking on or approaching a tile and can be used as an extremely effective zoning tool. The Energize

skill allows the Engineer to remain useful after he has finished placing his mines. While a Tinker can only waste its energy by detonating and replacing mines after it has fulfilled its initial purpose, the Engineer can be used to artificially increase its allies' energy regeneration rate.

One of the targets of your Engineer's Energize

is the Cleric. If the Engineer is positioned on an energy tile, it is essentially becoming the energy tile for the Cleric, since your Energize

skill costs 2 ticks (4 ticks with 2x energy regeneration) and generates 2 ticks for your Cleric. Now the Cleric is able to more quickly heal your Corruptor and Knight.

You can achieve similar synergy with by channeling energy to the Knight. After you use the Knight's Knockback

to push away an enemy champ, use Energize

to give the Knight two ticks of energy and immediately command the Knight to move forward onto the enemy champ's former tile. This can help you position your Knight for a Knockback

into an Energy Mine

or to flank a squishy enemy champ.

The Alchemist/Sorceress Oil Burst and Fireball combo creates one of the strongest combination nukes in the game. If you cast a Fireball

right after an Oil Burst

, the damage rounds out to about 160 instant damage + 100 damage over time. This can easily set up a Soul Slice

for your Corruptor to get some easy stacks. Be sure to time your Corruptor's attack well, or the burning damage over time might kill the enemy champ before the Corruptor can land the final blow.

These are my starting setups for each of the three pvp maps. 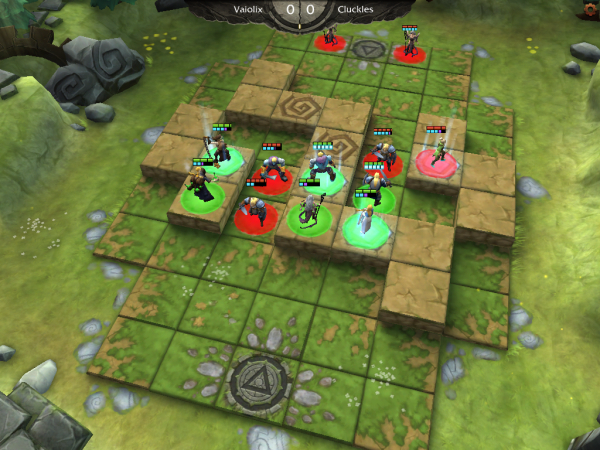 On Ether Ridge, the left-most energy tile is the anchor in which your squad's formation will be based around. The Engineer can channel energy two tiles away to champs on the high ground and three tiles away to champs on the low ground, so keep this in mind when positioning and moving around your units. The Engineer should place mines to protect the left flank of the Corruptor while the Knight protects the right flank. Use the back line to set up kills for the Corruptor or to punish any units that try to break through the defensive line. While the Engineer cannot support the Cleric in this setup, it can, however, make use of the Knight's Knockback

synergy. Be careful to watch your right flank as you set up this combo, as it does cost a total of 7 ticks for the Knight. 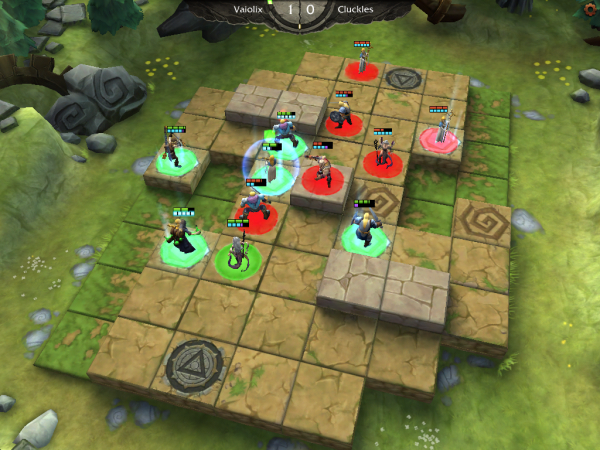 The difficult part about Graeth's Altar is that the one elevated tile in the middle is advantageous to ranged units, but is hard to defend in the early game. Instead of rushing for the middle tile, place your Knight on the right side of the middle high ground to knock back any units that try to advance onto the tile. Simultaneously, shift your team to the left side of the map. If you can accomplish this, you will be able to place your two mages on the middle-left energy tiles and your Alchemist on the high ground to the upper left. Once you have consolidated your lead by either feeding the Corruptor or whittling down your opponent's health, then attempt to control the middle high ground with either the Cleric or the Sorceress. Be careful about spreading your units too thin, but if you can move your Cleric onto the center left energy tile, you will be able to increase your Cleric's energy regeneration by threefold with the Engineer's Energize 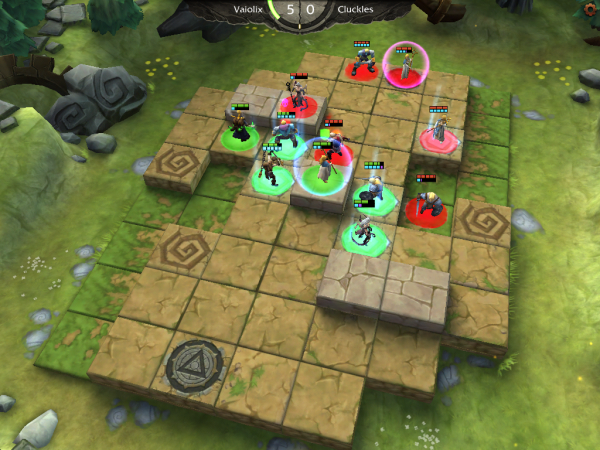 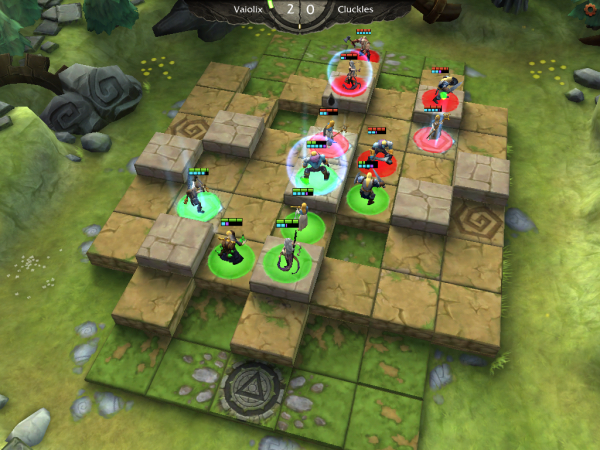 This squad excels in the Highlands. By making use of the Engineer's energy mine and the Knight's Knockback

, which provides great opportunities for the Alchemist or Cleric to set up kills for the Corruptor or to keep him alive. It may also be a good idea to move the Alchemist one tile to the left, provided that the Engineer has properly secured the left flank with Energy Mines

Toward mid/endgame, there are two options to close out the game. If the enemy is mainly melee, hold the original formation and use the Alchemist and Sorceress to bombard the enemy from afar with Ubernade

. If the enemy is ranged or has retreated backward, shift your two mages onto the middle energy tiles and similarly shift the Alchemist and Engineer upward. Make sure your Energy Mines

are cleared before you shift forward, either by walking over them with the Corruptor (shielded with either Spirit Shield

or by waiting for them to explode on their own.